After a dominating performance at last year’s E3, PlayStation still had a lot to prove this year. For weeks, everyone could feel the storm approaching that was the Xbox Scorpio, which has now been named the Xbox One X (I really dislike that name by the way). This year, Sony had the crucial task of weathering that storm and reassuring its fan base that despite having the “weaker” console the PS4/ PS4 Pro will still be the better experience in the future.

Sony split its conference up into two parts: there was an hour pre-show and then the main presentation was also an hour.  Let’s first start with the pre-show.

Honestly, I enjoyed the pre-show much more than the main conference. The pre-show was hosted by Sid Shuman (PlayStation blog and social media director). Let me take a second and give a quick shout-out to Sid. He is the main reason I enjoyed the pre-show. He was pleasant, cheerful, and genuinely seemed passionate and interested in the topics he discussed. He masterfully kept the conversation flowing. In each segment, he let his guest speak a fair share and did not attempt to talk over them. There was a small section where there was a technical malfunction, and like a true professional, he kept the conversation flowing until the issue was resolved. I watch/listen to a lot of podcasts, and this was one of the better examples of someone hosting a show while also managing adversity. So big shout-out to him for that.

I want to first dive into a couple of Honorable Mentions from the pre-show before I start the main list.

I don’t know much about the game Undertale, but I do know it has a huge cult following. When I first saw gameplay of it, I remember thinking something about the human characters remind me of Charlie Brown. The battle system seems odd yet fresh and creative. After watching the trailer, I cannot begin to tell you what this game is about, but something about it really grabs me. It looks like another decent addition to my Vita library, and I can’t wait to see what all of the hype is about.

Also, the way they advertised the collector’s edition in the infomercial style was beyond dope.

Matterfall is the next game from developer House Marque. You may know them from their other games such as Resogun, Resogun, and more Resogun. They also did Alienation, Dead Nation, and Super Stardust HD. Resogun was the first and only game I played on my Ps4 for a very long time. It was absolutely fantastic and Matterfall looks to be more of the same. It seems to be fast-paced, action-packed, heart-thumping fun, just like its predecessor. All of the vibrant colors and unique enemies are as fascinating as they were in Resogun. I can’t wait to make my girlfriend massage my hands to relieve them of the terrible cramping I am sure I will endure after playing way too much of this one.

Now, let’s get started with 5 Takeaways from the pre-show:

To make this section more effective and enjoyable, I ask that you imagine reading the number to each entry in the old-school Sportscenter Top 10 voice. Thanks in advance 🙂

From the creators of Until Dawn, Hidden Agenda is a new game by Supermassive games that takes the original formula of Until Dawn and expands on it. Hidden Agenda is a social game that you can play with your friends using your smartphones instead of a traditional PS4 controller. Supermassive games watched how people played Until Dawn. They saw the streams. They saw people yelling at the person playing the game which choice to choose. It seems as if they thought Well, instead of a one player experience, how about we make a group experience where everyone can influence the outcome. I like that everyone playing has their own personal agenda and has to do whatever they can to make the game go in the direction that they need. I think this game has potential to be a great experience for families and friends. If Until Dawn was any indication of what this game will be, it should be a good one.

I used to play Hot Shots Golf waaaay back in the day. I loved it. Recently I downloaded Hot Shots Golf: World Invitational on the PS Vita. I still love it. It is still as addicting and challenging as it used to be, and this looks to be more of the same but in a good way. It seems as if they have really focused on making it more social. The customization seems really in-depth. To show how many customization options the player has in the game, the developers created Shuhei Yoshida and placed him in the game using the normal customization tools everyone will have access to. The video game version of Shuhei was pretty accurate to the real thing. Also, the devs said they were going for more of an open world golf experience this time around. I’m going to try and convince some of my friends to grab this one with me.

The last Gran Turismo I ever played was on PS2. I made it all the way to the final championship race. I was so excited to finally finish this massive game, but then I noticed that the championship race was 100 laps long. And that was the last time I ever played a Gran Turismo game. However, I’m finally ready to hop back in. I’m ready to make it all the way to the end again and quit on the final 100-lap race. It’s the journey that counts and this one looks fantastic. The trailer for this game was inspiring. I now feel like I can accomplish all of my life-long dreams. I feel like I can do anything….except finish a 100-lap race.

I never got to play the original Ni No Kuni, but I was always intrigued by the beautiful Studio Ghibli art style. I’m going to go back and play the original before I play this one. But the Ni No Kuni reveal trailer was one of the few that made my jaw drop this year.

Growing up, I never had a Nintendo, so I never got to experience anything Mario or Zelda related until later in life. Crash and Sonic were my Mario and Zelda. I recently got to play the demo for this at Gamestop and man, the nostalgia is real. The game looks great, and better yet, it feels great. Crash Bandicoot used to be a challenging experience back in the day. From what I played in the demo, the difficulty is still there. However, it feels fair. The controls are tight. If you die, you feel like it was your fault as opposed to the game cheating you. Oh, and the death animations are legit. They are impressive to the point where you are almost excited to die to see all the different ways he can perish. It is really cool. I am beyond excited for Crash to grace my Playstation once again. Just like old times.

Listen, I already know what you are thinking with this entry. Omg more Skyrim wtf? Believe it or not, I also feel that way. I turned my nose up at the recent Skyrim for Nintendo Switch announcement. Like a lot of people, I think I am burned out on Skyrim. With that being said, even I can’t deny the potential for Skyrim in VR. That shit sounds like everything I ever wanted out of life. I have yet to experience VR, and this is something I would definitely want to play in VR. I wouldn’t mind throwing money at Skyrim one last time for this experience.

#4 Monsters of the Deep FFXV

So, I’ve already seen other YouTubers making fun of this game and that’s ok. I didn’t beat Final Fantasy XV, but after putting about 50 hours or so into it, I feel like I’m qualified to speak on it a little bit. I’m going to be completely honest with you. Real talk, hear me out. If I put 50 hours into FFXV, I probably spent like 28 hours fishing. I swear I didn’t expect fishing to be as fun as it was. I couldn’t help that I was a straight boss at it. Anytime I would fish, I couldn’t stop until I cleared the entire lake. It was a little rule I made up. I became completely obsessed with catching the special fish that would pop up. I wanted the best rod I could possibly have. And yea, I can honestly say fishing definitely contributed to me not finishing that game. So once I saw that they decided to make it a stand alone game, I was all in. And I don’t care what anybody has to say about it!!!!

#3 Shadow of the Colossus,

I’m going to keep this short and sweet. I bought the remastered version of this game on PS3 but I never beat it. One of the things I remember saying about it was, “Man, this would be dope as f*** if they upgraded the graphics and it looked like some of the games in this era.” Well, they did and it looks awesome.

I’m not one of those people who are tired of zombie games. I love all things zombie related even if it has become repetitive. Days Gone mixes up the zombie formula in two huge ways that should have everyone excited. The first trailer showed us that we will have to deal with zombie hordes that behave similarly to the zombies/infected in the movie World War Z. World War Z type zombies behave much differently than the ones we are familiar with. They are ultra fast, and the amount of zombies on the screen seem like something you would see in a Dead Rising game.

The E3 trailer reveals another way they plan to switch up the zombie formula. In every Zombie universe, whether it be video game or movie, I always ask the questions what happened to the animals, and are they also affected? If this trailer is any indication of what awaits us, it seems like we will also have to deal with animals too. Zombie animals, Zombie hordes, and a bicycle gang gang gang, how could you be sick of that?

Spiderman looks fantastic. Physics based web swinging is exciting. It’s been a long time since we got a decent spiderman game, and this one doesn’t look like it will disappoint.

I was slightly disappointed with the Sony press conference. I liked the pre-show because we got to see interviews. We got to see behind the scenes footage of games like Gran Turismo. We heard from some people who work with the PS4 Pro and got to hear their opinion of the system and where they believe video games are headed in the future. The geek in me wants to hear more and see more about the games we love and those awesome people who make them. The main showcase just featured trailer after trailer after trailer. Don’t get me wrong. The hype is real for the trailers that were shown. But at the end of it all, it was a little boring, and I hoped for a little more.

Let me know what you thought about E3 and what games you are looking forward to in the comments. 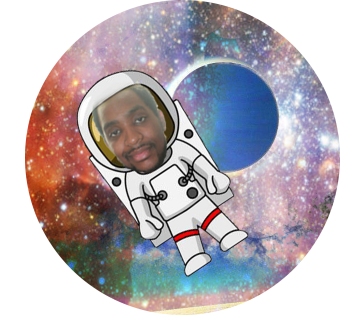 About the Author: Phil Purkett Jr.
Founder and Creator of Some Guy in Space. Second of his name. Real cool dude.